Unemployment insurance in New York: this is how the proposal goes

From the emblematic Brooklyn Bridge, in New York, the coalition that achieved the Excluded Workers Fund in 2021 launched the Unemployment Bridge proposal, to cover workers who currently cannot access it with unemployment insurance.

The story was told by the journalist Fernando Martínez for El Diario, a medium focused on New York City, after the proposal was launched last Wednesday, January 11, in the Big Apple and in various cities around the world. New York State.

A report from the Immigration Research Initiative estimates that the eligible population is made up of 750,000 workers, including 180,000 freelancers – hairdressers, day laborers, street vendors and gardeners, among others.

For this, the Unemployment Bridge needs the approval of a state budget of 500 million US dollars (USD) per year, with which the benefited workers could access unemployment insurance (Unemployment Insurance, UI, for its acronym in English). USD $1,500 per month, on average, in case you lose your job.

Although unemployment insurance already exists in New York State, not all workers can access it, which is why the program proposes expanding its scope to protect “anyone who loses their job.”

This coalition is the same one that won passage of the Excluded Workers Fund in April 2021, a measure designed to give workers excluded from unemployment benefits relief from the pandemic.

What is required for the program to go into effect?

To get the proposal approved, the coalition intends to persuade the leaders of the State Assembly —the body that must approve it— and Governor Kathy Hochul, who has until April 1 of this year to sign it, so that enter into force in 2023.

Jessica Ramos, a New York state senator representing Queens (13th District) and daughter of Colombian immigrants, noted that the program proposed by the activists would give thousands of families peace of mind:

“We don’t know when the next crisis is going to happen. We have three months left to fight for the governor to include it in the next budget. We call on all New York legislators to join this request. Many turn their backs when it comes to thinking about benefits for the working class.”

Alex Bores, member of the New York Assembly for the 73rd District, also agreed with the initiative, stating that “EVERY worker in New York deserves economic security.”

For its part, the non-profit Non-Governmental Organization NICE, New Immigrant Community Empowerment, expressed on its Twitter account: “When we fight for unemployment, we are fighting for our LIVES! Not having access to protections forces us to accept unsafe and exploitative jobs that take advantage of our community, like our member Juan Chonillo, who died in 2017 at a workplace in Manhattan. We say NO MORE!”

“Today [January 11], almost 500 workers are taking to the streets of New York to present the Unemployment Bridge Program. If passed, it would close the gaps in our safety net so workers can access the support they need when they lose their jobs.”

If approved, who would it cover?

According to the figures reported by the journalist from El Diario, in the state of New York there are 470,000 immigrants without work authorization; 180,000 self-employed workers (street vendors, writers, photographers, self-employed taxi drivers, and independent beauty salon workers, among other self-employed workers); 80,000 domestic workers, landscapers, and day laborers, and 20,000 people returning to the workforce after being incarcerated or in immigration detention status.

According to the Tax Policy Institute’s Domestic Workers Are Essential Workers Report, there are an estimated 66,000 independent house cleaners, nannies and home attendants in care work alone.

As for construction workers, it is estimated that there are at least 26,000 who work in small works.

As explained above, New York’s regular workers already have unemployment insurance (UI), which is budgeted for by the Department of Labor.

With the proposal, the promoters seek to expand this insurance to also benefit workers who are currently unprotected.

“That unemployment insurance model arose in the Great Depression of the 1930s, with the difference that it completely ignored blacks and immigrants. Now we are fighting so that no one is excluded,” Andrés García, an activist with the NY Immigrant Center, told El Diario.

The proposal also covers those who were prisoners

The initiative proposes creating a chapter to cover this population that, after going to jail and being released, has great difficulties re-entering the labor market.

And it is that about half of the people released from prison, 45%, lack income during the first year of living in freedom, according to research published by the Brookings Institute.

In addition, a report from the New York State Department of Corrections and Community Supervision states that in the past three years there have been, on average, 21,000 people released from state prisons each year.

Which are the requirements?

Among the requirements that the population must meet to benefit from the proposal is that of having earned an amount less than “the median of the individual income of the State (currently $56,000) and having worked at least 18 weeks in the previous 12 months.” to job loss”, reports El Diario.

Regarding documentation, the proposal proposes that it be the same required by the Fund for Excluded Workers, and that it includes correspondence from employers, direct deposits, self-declaration and statements such as the W-2.1099 or the income tax. 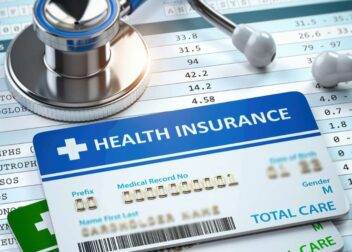 US approves health insurance for undocumented immigrants in Washington